Here’s a look at the planning and execution steps involved in the creation of a VR Exhibition Booth which was installed at the Sundance Film Festival’s New Frontier VR & AR Exhibition in Park City, Utah.
This was a 3 week project.

The most important exhibition element was a 8 7’ high playing position which we had to conceive and create.
With Oculus VR featured in the New Frontier unit of Sundance, the design of the playing positions needed to match the overloaded sensory room filled with video projections and blood orange walls.
We crafted playing positions with TV’s built in (open door on the back to access the TV’s).
Rounded edges were added to improve the design look.
Leather sits (removable to access storage underneath the seat) provided a pilot feel.
We applied red and mirror finish.
Built in cases were set up to hand the VR headsets. 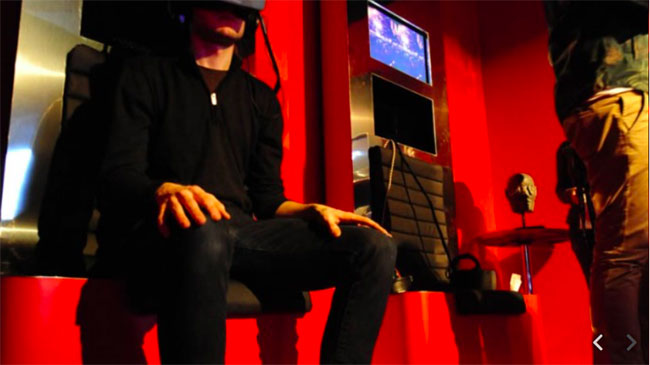