Here’s a look at the planning and execution steps involved in the creation of the EVE Valkyrie VR Gaming Cockpit trade show booth which was installed at PlayStation Experience in Anaheim.

This was a 4-week project.

Our client – game developper CCP Games – was looking for a custom made playing position to enhance the player’s experience while using VR gear. Since the game centers on aircraft battles in space, we built cockpits for the player to sit in while playing.

We constructed the cockpit out of wood with a plexi canopy top, opening with a piston system (you can see all the construction steps on the pictures below).

The project presented a few challenges, most particularly involving the distance between the camera and the player. The angles for the canopy door were hard to calculate as the door had to open towards the top. We had to make sure it would close slowly afterwards, so we ended up using a piston system to ensure a smooth process

Regarding the exterior, we used a 2D painting gun metal effect finish to create a realistic feel plus we set up LED lights on the front of the cockpit. We also installed a door on the back of the cockpit in order to store all the cables.

A series of 12 cockpits were built which, as you can expect, were quite a draw for CCP Games at the Anaheim convention. 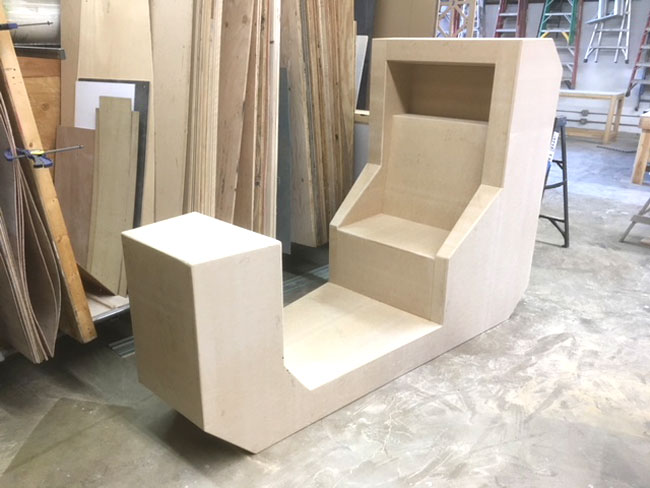 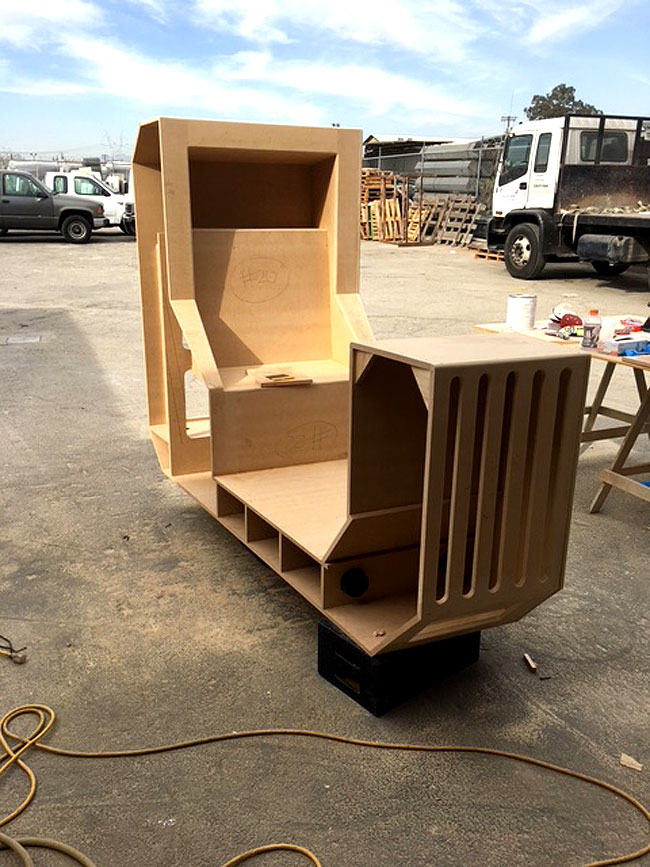 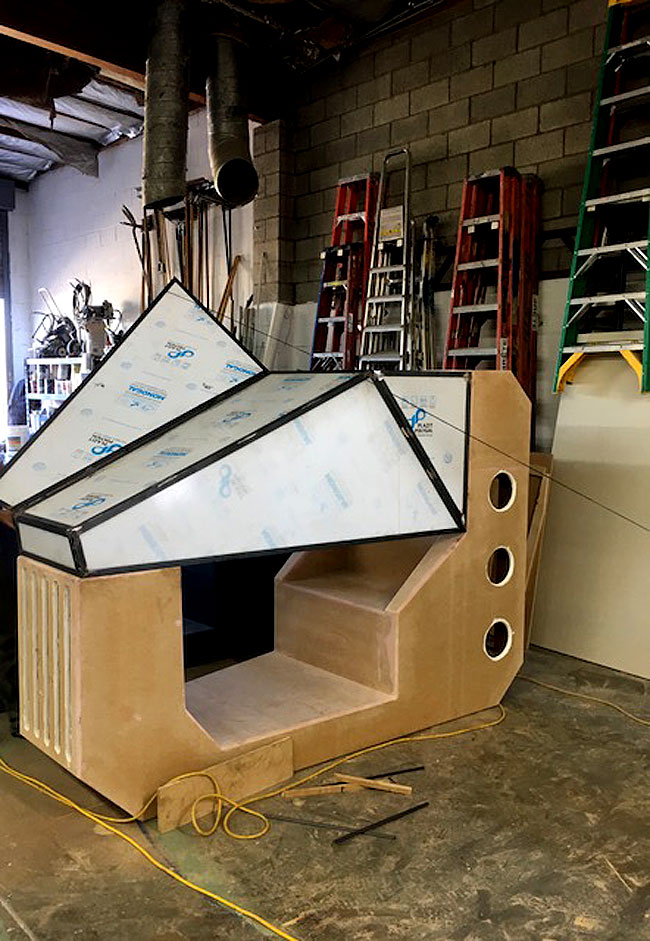 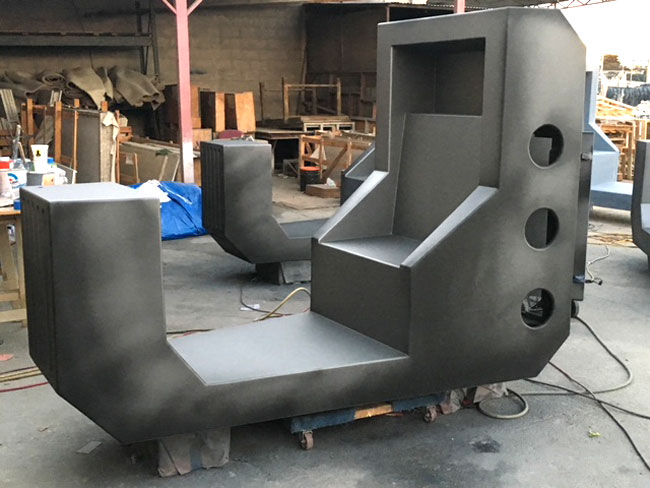 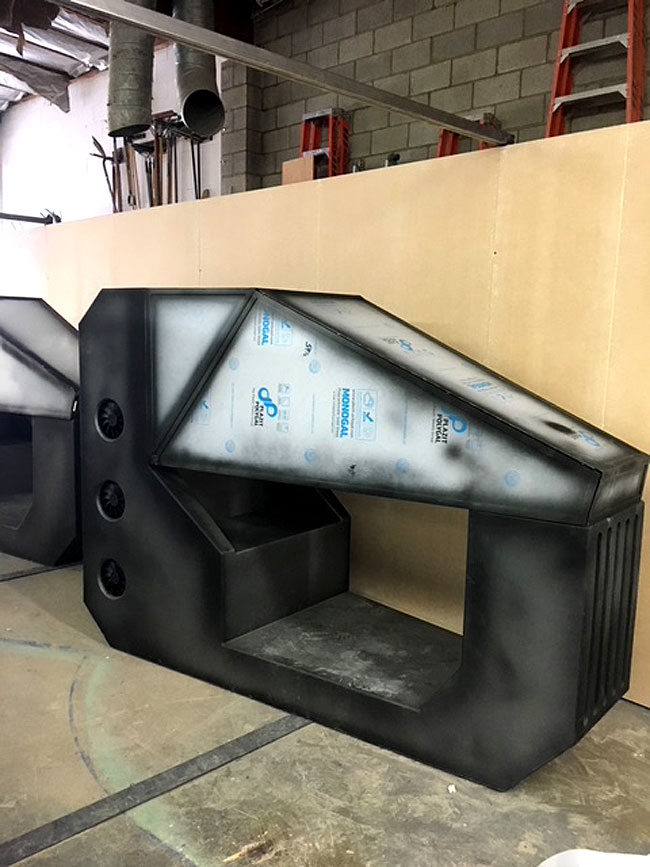 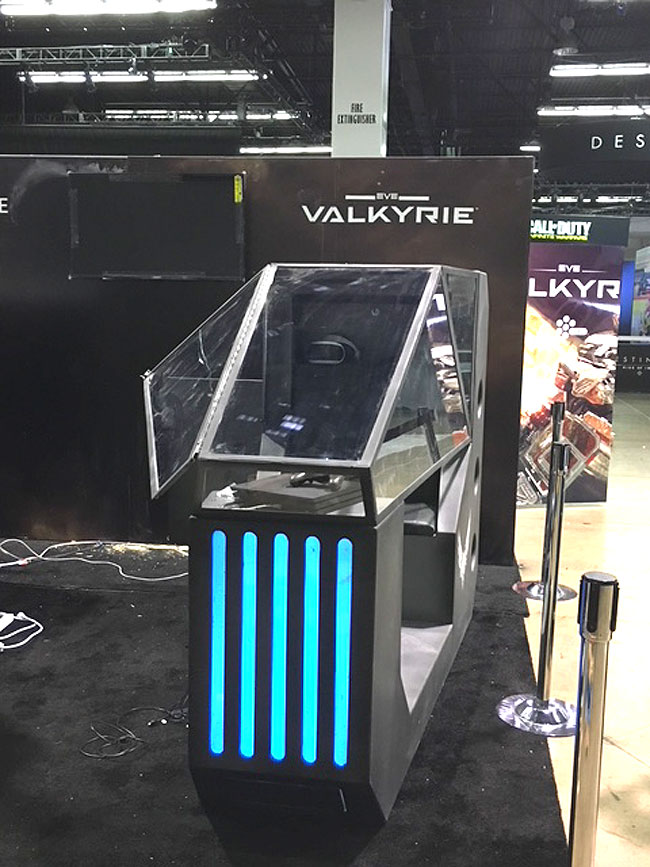 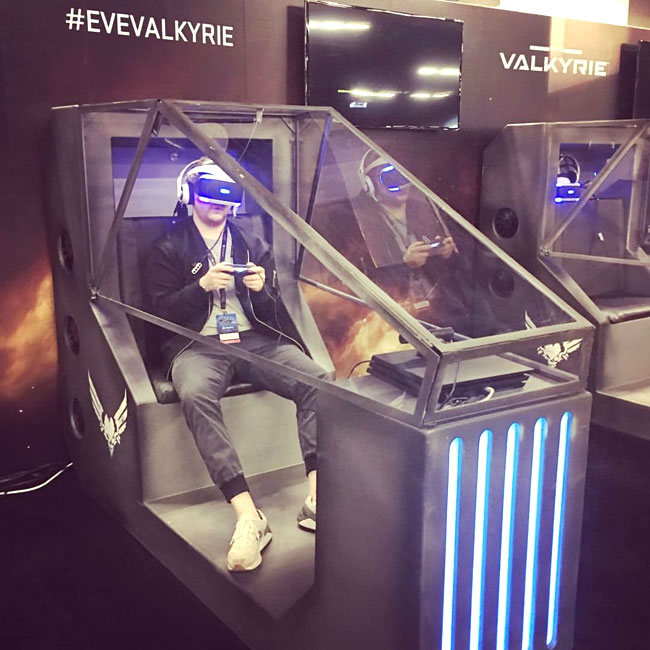 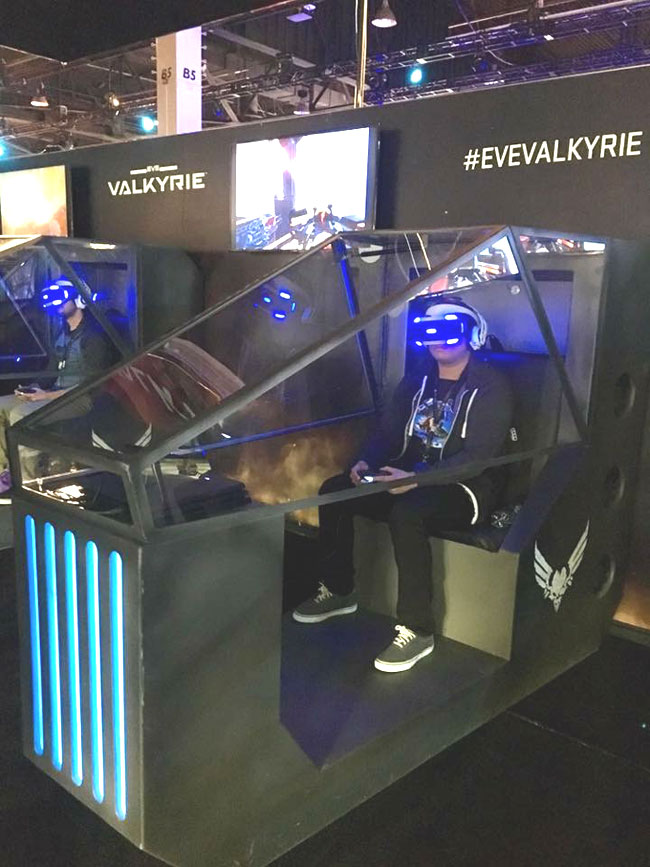 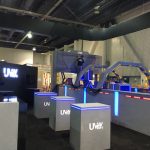 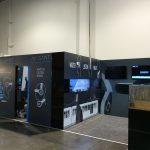